Chicken Feed so Pure you Could Make Bread Out of it! (So we did!) 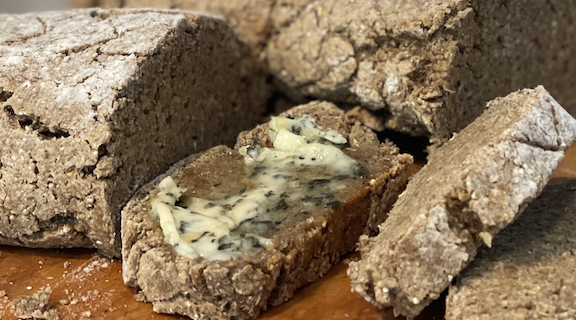 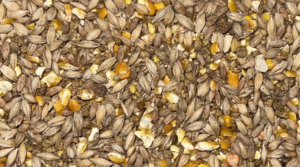 g we nurture our livestock is a priority — we believe that the land, the plants, the animals, and each of us should be nurtured by this place and through our actions.

So when it came to feeding our chickens we wanted to make sure they had the very best. We searched for a mix that was entirely natural, a good source of protein to ensure good hen health, and supported excellent egg quality.

And we found it!

You’ll see in the photo below the rich mix of natural grains that we feed our hens. And they love it! No really, we tested it!

When we brought home our first batch of new grain we put it in one of the empty feeders. The chickens then had a choice of two feeders with the existing feed and one feeder with the new feed.

Well, they … flocked … to the new grain!

When we were buying the feed, the farmer off-handedly said that the feed was so pure you could make bread out of it.

That caught my attention. And being the type who likes to test out off-handed remarks, I decided to give it a whirl! 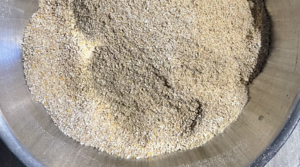 The first step was to grind the feed to as fine a level as I could. This involved spending a fair bit of time running feed through our coffee grinder. I ran it through three times to do everything I could to make the flour as fine as possible.

It was still a bit on the course side but as you can see from the photo, it wasn’t bad at all. 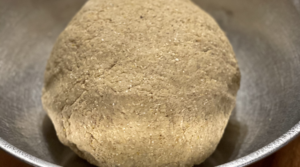 Next I simply used that flour in a recipe I use when baking whole wheat bread. There was nothing fancy about it. It was clear that the yeast was having a tougher time getting the dough to rise, but it rose eventually and I turned it into two loafs that we baked right away.

The results weren’t awful, but we wouldn’t be winning any awards either. 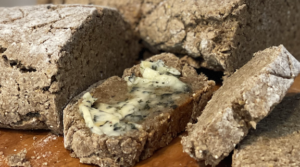 As you can see, the bread was still fairly dense with some serious cracking on the outside. It definitely had that old world, thick bread feel to it.

We buttered it with some herbed butter that we’d made earlier, stared at one another dubiously for a minute and then dove into it.

The flour was grainy, there was no doubt about it. And it was definitely heavy, but it wasn’t all bad!

The bread had a very satisfying flavor and as that butter melted, it added a great depth and richness.

You need to know, I have not made this bread since.

But the chickens are very healthy.